No items in the shopping card
×

[SIGPLUS_EXCEPTION_HTML] Image source is expected to be typed as plain text but gimmie-sport/Rugby_019{/gallery)</p> <h3>Interhouse 2016</h3> <p> {gallery}gimmie-sport/Interhuis16 appears to contain HTML tags. Please make sure the image source path or URL is either entered using the keyboard or pasted as plain text.

Rugby - On Friday, the maroon SHALOM Gimmies 0/15 team was the best team during the momentum national rugby final. Unstoppable and won Moria to be crowned the 2016 champions. Congratulations boytjies we are extremely PROUD of you. Young men who once again showed all they had DAVID Spirit and firmly believe ..... SIZE COUNTS NOT JUST GUTS !!!
Congratulations to all of you guys, your parents, your fans and of course in particular to your coaches Mr Petri Van Wyk and Kallie Marais who throughout the entire season so beautifully supported and led you. To be a Gimmie will always be SPECIAL !!!!
Congratulations to SJ Louw who was named backline player and overall player of the series and Frikkie Engelbrecht was awarded as a forward player of the game, we know you would never have been accomplished without your teammates BUT you deserve it - Well done!

Rugby - Our 1st team played in the A-League semi-finals. After a hard game we lost 37-20. We are still VERY PROUD of the players for we know that to work harder next year and bring the game to the big schools with a fight.
Thank you for never giving up and NEVER withdrawing from the fight, we honor you for it !! ONCE A gimmie ALWAYS A gimmie !!
Thank you to all the parents and supporters carrying the team through thick and thin and we know you will continue to support .... you are truly thoroughbred gimmie SUPPORTERS !!! 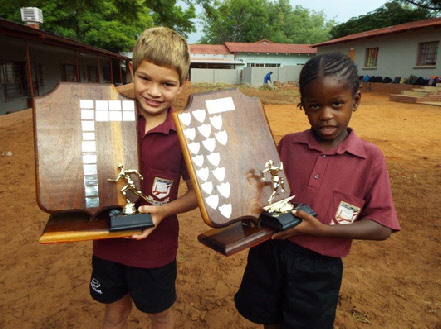 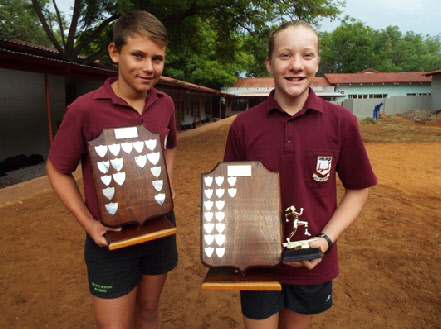 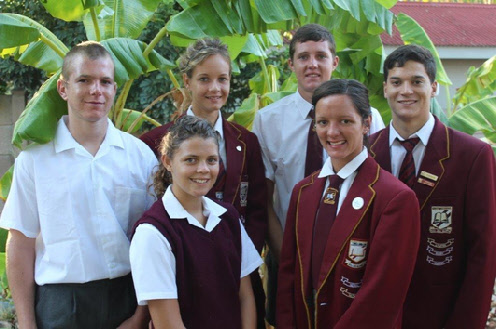